Casino > How to Play Baccarat for Beginners

How to Play Baccarat for Beginners

If you’ve never played baccarat before, chances are you’ve watched the game unfold from afar.

Every casino has a special room reserved solely for high-stakes baccarat, and as any fan of James Bond films will tell you, this exclusive area can be quite the scene. Well-dressed men and women gambling big bucks, a crowded table that needs not one but three dealers to supervise the action, and perhaps the most exciting sweat in the house as players squeeze their final card – what’s not to love?

Indeed, the 500-year old game of baccarat is beloved for many reasons, which is why it remains a staple of the casino industry both in brick and mortar venues and online.

But just like the often misunderstood 1967 cult classic “Casino Royale” – which featured 007 taking on an evil nemesis at the baccarat tables – the game is enjoyed mostly by a niche following. Recreational players flock to games like roulette, blackjack, and slots because they seem so easy to play, while baccarat’s reputation for velvet ropes and high-rollers can be off-putting at first glance. As a result, baccarat stands out as one of the most underrated casino gambling experiences out there today.

With so many players looking to add the game to their arsenal, this page has been assembled to provide a full-fledged beginner’s guide to baccarat.

To begin, you’ll learn all about the basic rules and gameplay, complete with an example hand to show how everything works in real time. Next up is a discussion on the odds, probabilities, and house edge rates that govern the game over the long run. Finally, be sure to brush up on the best baccarat strategies employed by winning players everywhere.

Rules and How to Play

Because of all the trappings associated with baccarat – the big bets, all those dealers, and a private room reserved – many beginners naturally assume the game is complex and challenging.

One viewing of Bond’s infamous baccarat showdowns is enough to bear that theory out, as the secret agent furrows his brow and banters while appearing to outmaneuver his enemies.

Even so, from the player’s perspective anyway, baccarat is actually one of the easiest casino games ever devised.

After taking your seat, the game begins when you place a mandatory ante bet. This bet can be placed on either one of two hands – the Player or the Banker.

The old school baccarat games really did use a player to act as the bank, which is where these hand names come from. And while you can still find player-banked baccarat at the highest stakes, the vast majority of tables today are banked by the casino just like blackjack, craps, or any other table game.

With that in mind, just think of the Player and Banker hands as two sides of a coin. You have those two options to choose from, and both have a nearly* (more on that crucial fact to come later on) identical chance of winning.

Once all players participating in the game wager on either the Player or the Banker hand, the dealer begins their part of the proceedings by dealing two cards apiece to both.

That is, both the Player and Banker hands will receive two cards, dealt one at a time and face up.

In baccarat, the same 52-card deck found in blackjack is used, but the card ranks hold slightly different values. For baccarat players, suits don’t matter one bit, and all cards from 2 through 9 are scored at their numerical rank. All aces are 1-point cards, while any 10 or face card (Jack, Queen, or King) is worth 0 points.

With two cards each now dealt, the Player and Banker hands can be scored. But one tricky part of baccarat gameplay ensures that hand totals can never reach into the double digits. Whenever a hand total does top 10 or more, the left-hand digit is simply lopped off to leave a remainder.

Using an example hand is the best way to see how this all works from the player’s perspective.

Let’s say you’ve plunked down a $10 bet to back the Player hand. The dealer slides out an 8 and a 9 to the Player hand, while the Banker hand receives an Ace and a Queen.

In this case, adding the 8 and 9 from the Player hand gives you a 17 total. But baccarat doesn’t use two-digit totals, so the 1 gets removed to leave a 7 total instead.

By now, you’re probably wondering what those point totals mean, and how players use them to win or lose.

The objective of baccarat is to correctly guess which hand, Player or Banker, will wind up with the total closest to 9.

Obviously, a perfect 9 total is the best possible hand, while an 8 beats a 7, and so on down the ladder. Even a 1 total can win the game, provided the other hand makes a 0 total of its own. All that matters in this game is getting closest to 9.

In the example hand from earlier, your $10 bet on the Player hand would be a winner, as the Player’s 7 total beats the Banker’s 1.

But in a real round of baccarat, the game doesn’t always end with those two cards alone. Depending on their respective totals, either the Player or Banker hands (or both) may be eligible to draw a third and final card from the deck.

Determining whether third cards will be dealt involves a complicated process of comparison. Basically, one hand’s total relative to the other determines if another card is needed, and vice-versa. The dealer compares both hands before using a lengthy set of rules known as the “tableau.”

Fortunately for players, that process plays out automatically, with the dealer quickly scanning the Player and Banker hands, then drawing third cards as needed. If you want to know how the tableau system actually shakes out, be sure to check out the Baccarat: Expert Strategy page.

Another aspect of baccarat scoring to keep an eye out for are known as “naturals.” Whenever you see a 10-value card dealt alongside an 8 or a 9 to start the game, that hand is declared a natural and it can’t lose. A pair of natural 8s or 9s simply tie and push, while a natural 9 always beats a natural 8, and a natural 8 always beats a regular 8.

While playing baccarat, your job is simply to predict whether the Player or Banker hand will wind up the winner before each deal. Because both sides offer a nearly equal chance of winning – you’ll learn more about that “nearly” in the next section – the payouts for both hands are even money (minus a commission on Banker bets which will be discussed shortly).

Finally, you can always go for the gusto by betting that both hands will wind up on the exact same total. This wager on a “standoff” in baccarat lingo is commonly called the Tie bet, and in exchange for beating the long odds, you’ll get a sweet 9 to 1 payout on winners.

When it comes to baccarat odds, there’s three key numbers to keep in mind – the house edge rate offered by each bet.

Betting on the Banker hand produces a house edge of 1.06 percent, while the Player hand’s house edge clocks in slightly higher at 1.24 percent. That difference may seem counterintuitive, as both hands receive two or possibly three cards at random.

But because the Banker hand “acts” last in terms of consulting the tableau and taking a third card, it holds a slight advantage over the Player hand in the long run.

Just think about how blackjack dealers always act last to get the drift. In that case, players can go bust before the dealer ever even acts, which adds a few percentage points to their overall expectation. In baccarat, the Player hand must use the tableau and possibly take a third card, creating the possibility that a decent total will be transformed into a lowly loser.

With the advantage of acting last, the Banker hand wins 45.85 percent of deals, while the Player hand takes it 44.62 percent of the time.

Because the Banker bet offers better odds, players backing that side are charged a 5 percent commission on their winners. Using the $10 wager from the example hand, if you were to bet on Banker and take it down, you’d collect $9.50 back instead of an even $10.

As for that Tie bet, the payout looks for all the world to be well worth the risk at 9 to 1, but the house edge is enormous at 14.36 percent. That’s one of the worst bets in any casino, and the house loves to see players splashing around on the Tie longshot – which only occurs on 9.51 percent of deals.

The Best (and Worst) Strategy for Winning at Baccarat

Now that you’ve crunched the numbers, coming up with the correct strategy for baccarat should be a matter of common sense.

You only have three bets to choose from, after all, and no player actions come into play. This is a pure game of chance predicated on prediction, but unlike coin flips and other “fair” contests, baccarat is titled towards the Banker hand.

Given the Banker hand’s slightly higher chance to win, and the lower house edge that advantage produces, betting on Banker every time out is the best course of action. Naturally, this doesn’t create the most exciting gameplay dynamic, but it works wonders if playing perfectly is your only goal.

If entertainment is the objective though, feel free to alternate between Banker and Player bets. Trying to guess along with the deck – and doing so accurately – is what makes baccarat so exciting in the first place.

And it should go without saying that sound strategy dictates ditching the Tie bet altogether. Sure, it can be fun to chase bigger payouts, but that absurdly high house edge makes this wager a nonstarter for serious players.

On a final note, the worst strategies to consider when playing baccarat revolve around pattern tracking systems. You’ll notice players feverishly scribbling the results of previous deals, and to hear them tell it, those prior results dictate how the next deal will go.

That’s all rubbish, as every hand of baccarat is dealt at random from a multiple deck shoe. It doesn’t matter if you see long streaks, or a certain group of cards come up in clumps. Whatever happens already happened, it has no bearing whatsoever on what’s going to happen next. 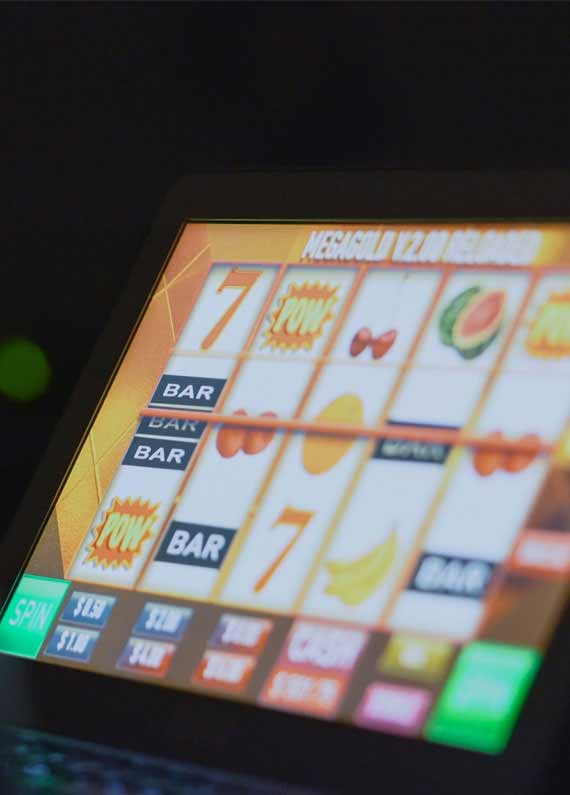 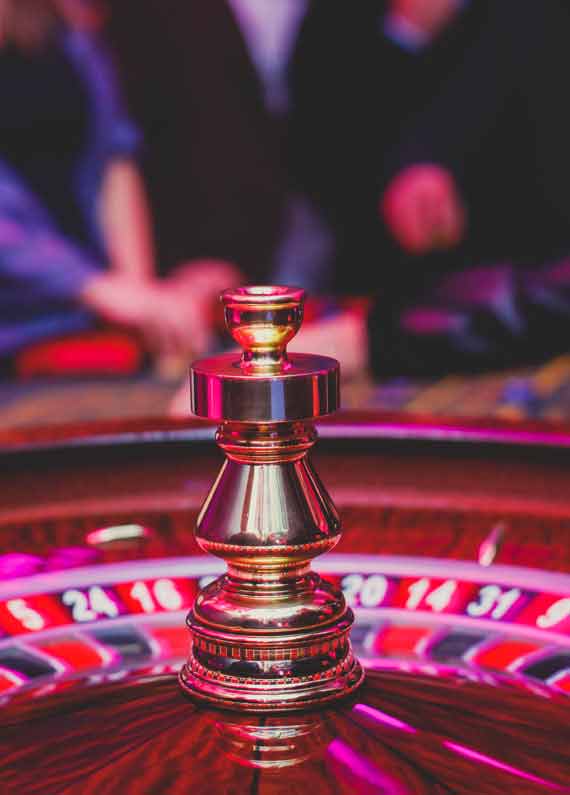 How to Play Roulette for Beginners 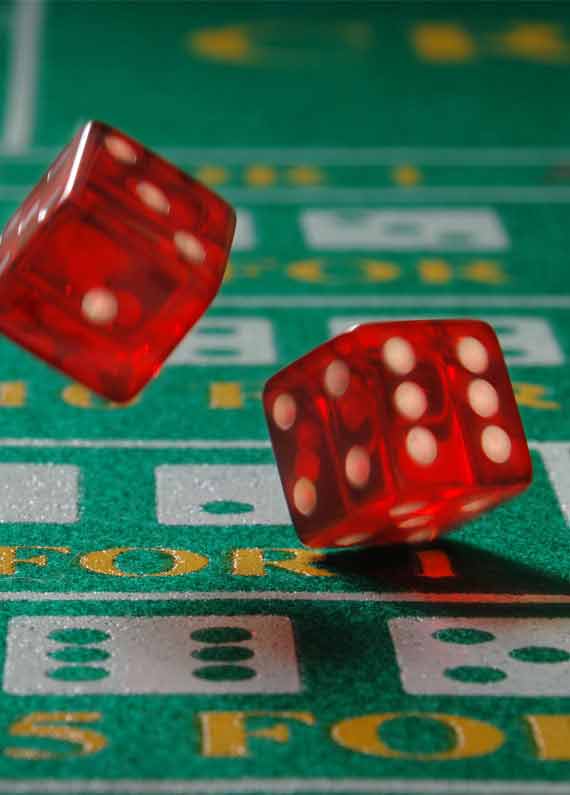 How to Play Craps for Beginners